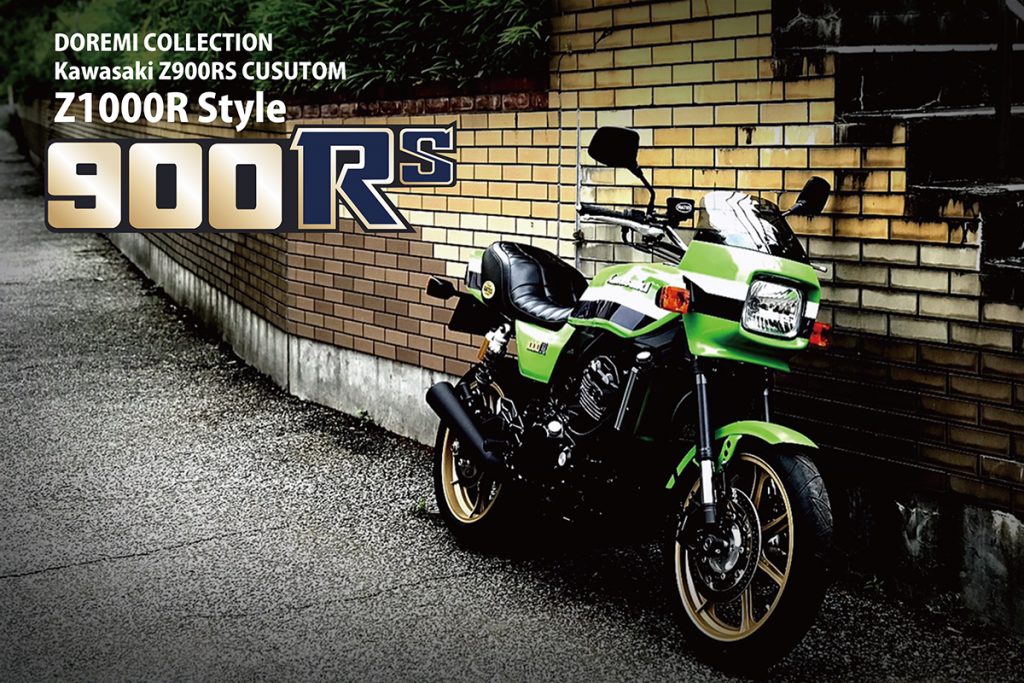 t’s been a while, but we are glad to announce the 4th New Style. Remembering the Z900RS tank in 2018 was approached as a normal model and was announced as “Z1000J Style”, but this time it is characterized as being possible to change the look of the tank shape by using the inner tank, bringing Lawson to the next level ”Z1000R Style ” .The upper cowl is the FRP resin cowl that is usually sold as Z1000R repro parts. Also, since the screen uses the same one that is sold as well, it is natural to say that the size and construction are exactly just Lawson. However, it will be boring to just simply put them together, so we manufactured the stay particularly for mounting to show you how we care about the mounting position as well. As for the side cover, it can be installed in the same way as the genuine Z900RS, just like the Z1 Style side cover we sell. For the seat, we use the one created in “J Style”. The eye-catching Twin Shock was an attempt of making a prototype (now sold as a finished product) look like Lawson, so the shock is changed to Orleans on it. For the Front fender, we used the FX Style iron fender for ZEPHYR 400 / χ as the base and designed a stay for it’s mounting. And for the small parts such as mirrors, turn signals, and tail lamps, we use the parts which are usually sold as Z1000R parts.

And We are currently developing the Z1 Style tank cover for the inner tank cover. We make the progress of the Z1000R Style, Z1R Style, Mk.2 Style that are introduced this time is actually according to your voices. The more the request we get, the more they will be progressed. So, please submit your opinion to the “Product Development Request Window” ans let us know!