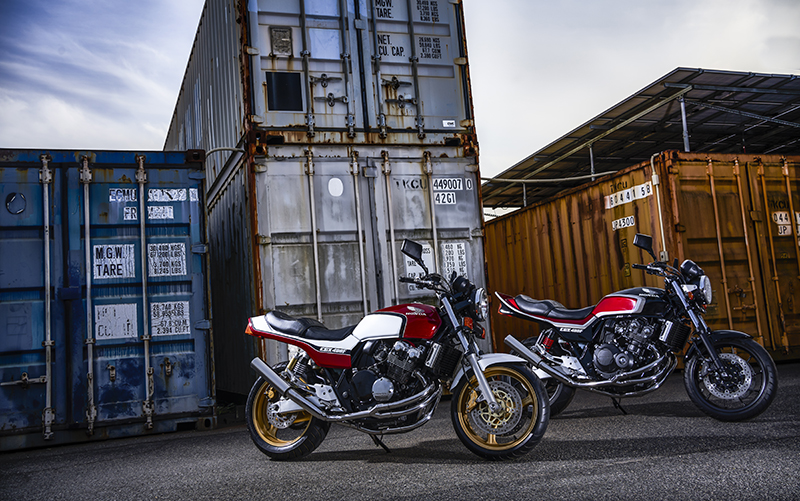 So many of you reaching out for TYPE-X that was exhibited at Tokyo Motorcycle Show. And we really appreciate it.
We are preparing for the release at the moment, and we would like to update you the current status.

Here is the updates according to the years and types.
Since Honda CB400SF which is the base of TYPE-X has been produced for a long time so far, and there have been many changes for the mounting stay of tail cowl or the frame according to different years as following. 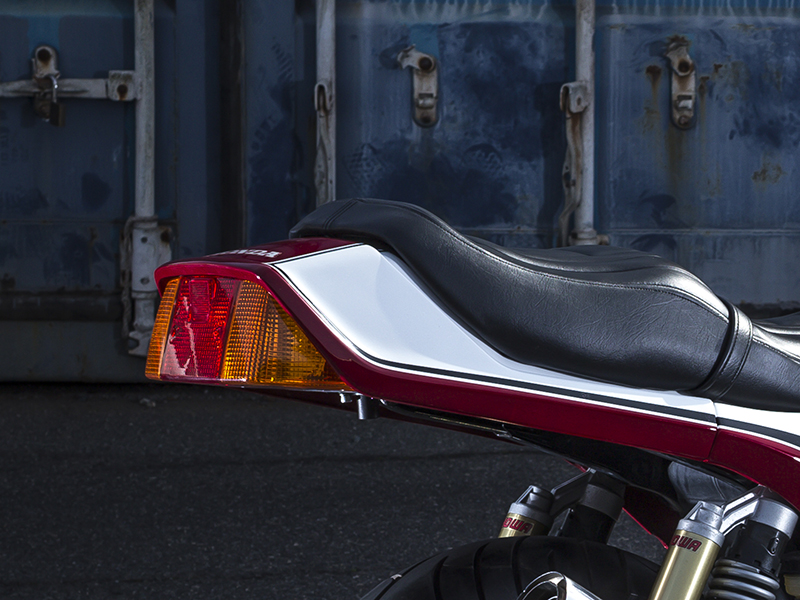 The left image is the product based on CBX normal tail cowl. And the right image is the tail cowl shaped like wings.
We have received many inquiries about the compatibility for different types of CB400SF tail cowl design. But that’s because Doremi Collection insists to provide both the one based on CBX normal tail cowl and the tail cowl shaped as a wing for the CB400SF, and it will essentially cause in the issue about the grab bar attaching to the CB400SF late model. 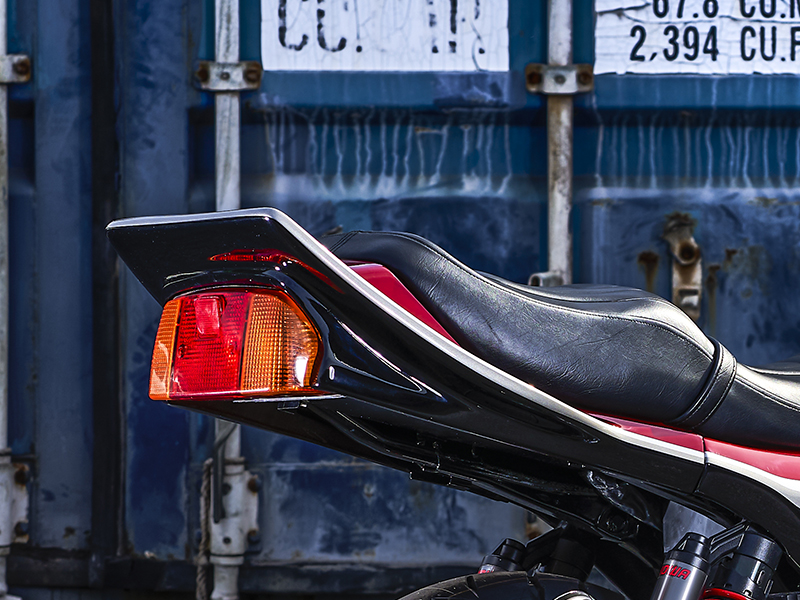 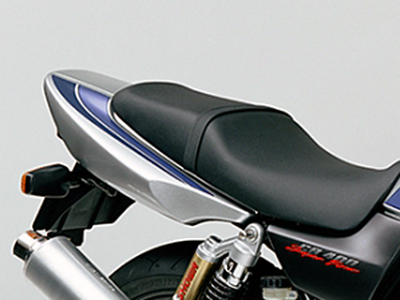 NC39 early model(until spec 2) does not have a grab bar.
Therefore, it is possible to realize a shape based on the CBX normal tail cowl or the tail cowl shaped as a wing.
The NC39 early model frame is like the image below, so that makes our idea possible. 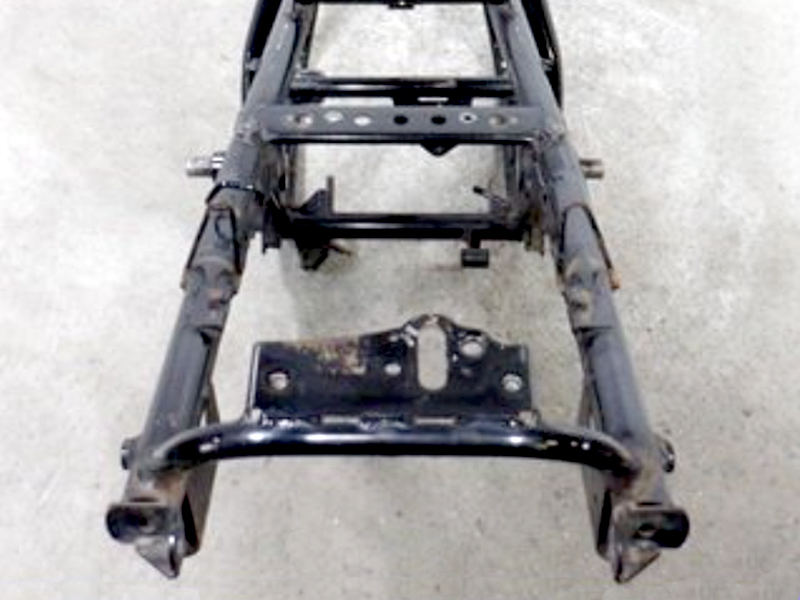 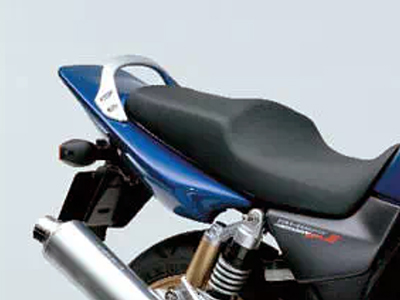 The NC39 late model to the NC42 early model have a grab bar as shown in the image above.
Therefore, the grab bar stay at the back of the frame affects the mounting of the tail cowl.
It also squeezes the storage space for the tail lamp. 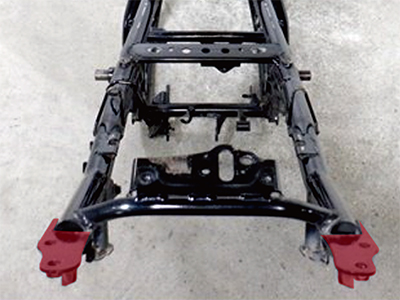 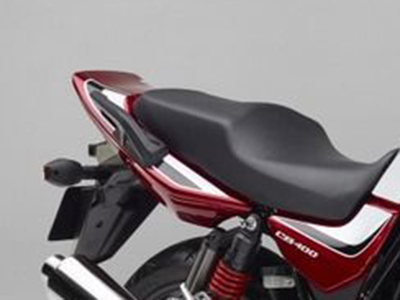 In the late model of NC42, the grab bar has a shape that protrudes greatly from the side of the tail cowl.
The frame has a large stay as shown in the image below.
Therefore, there are two options. Break through the cowl for the one which is based on the CBX normal tail cowl or make the tail cowl a wing shape to hide the stay. 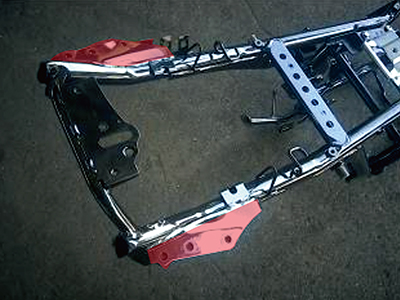 Due to the previously mentioned situation, we have been telling customers if it is for moodels up to NC39 early model(spec 2), it will be the one based on CBX normail tail cow. And if it is for NC42 model, it will be the wing type tail cowl. Buy at the same time, we never give up improving and trying to find a solution to create a outfit mounting kit to make the moounting possible without any extra process on the frame according to different shapes of tail cowls. And it is going to be realized.
We will produce the one which has collected more details and then proceed to taking reservations. The production is quite likely to start with the NC39 early models(up to spec2) as the red marked parts. It will still takes some more time, and please look forward to it until it is realized.